Titicaca is considered the highest navigable lake in the world, with a height of 3,810 meters above sea level. It has an area of ??8,559 km2 and a maximum depth of 283 meters. The lake is thermoregulatory in the area, the cold and semi-dry climate characteristic of the region is attenuated in the area thanks to the action of the constantly evaporating water masses.

The Peruvian side is populated by several islands, among which Amantaní, Taquile, Tikonata, Suasi, Soto and Anapia (natural islands) and floating islands of the Uros (artificial islands) stand out. It has native species that are valued for their high nutritional value, such as trout and silverside. It is an important Lake in Andean mythology, according to legend, from its waters emerged Manco Cápac and Mama Ocllo, children of the Sun god and founders of the Inca Empire.

Take Puno into account on your next vacation because it has many tourist attractions to visit, go sightseeing in Puno and take away fascinating experiences that only Puno offers you.

10,000 years BC Nomadic hunter and gatherer, united by family ties and searching for food, traveled the plateau, hunting tarucas, alpacas, llamas, vizcachas among others.

Tombs and caves with human remains, ceramics and textiles have been found in the hills of the nearby Huajsapata and Esteves Island, belonging to aboriginal human groups with a predominance of the Pucará Culture and the Tiahuanaco culture.

In the Puno Region the oldest urban center in the area was organized, called pucara, with monumental architecture, sculpture and valuable ceramics. There, the entire previous stage of domestication of high Andean plants and animals culminated and what would become the civilization of Tiahuanaco was later forged.

From that time, the construction of large buildings in the shape of elongated and truncated pyramids began, which would later characterize Pucara. Around 200 to 300 A.D.

When the Tiahuanaco decomposed between the 12th and 13th centuries, several independent kingdoms were formed: the Kollas, with a center in tunacolla and sillustani; the Lupacas with centers in Juli and Chucuito, with notable settlements such as Cochacacha; and the packages around the Desaguadero.

Puno formed a marginal population located between the boundaries of the territories of Kollas (Quechuas) to the north and Lupacas (Aymara) to the south.

An army of 200,000 warriors led by the Inca Pachacutec and his general Apo Condemayta win, after fierce resistance to the Kollas, who were devastated and the survivors extracted, leaving only children and the elderly, the Incas bring mitimaes, curacas, tucuyricus and people faithful to the empire and are located on the slopes of the Huajsapata hill.

Quechua and Inca customs are imposed, making Puno a town of passage, mandatory rest, tambo and real pascana, since it was the conduit that led to the mines of Potosí in Bolivia, thus being a mandatory step.

How to get to Puno

By public bus from Lima it takes approximately 18 hours to get to Puno without stopping.

What you must do in Puno

Lake Titicaca is the highest navigable lake in the world at more than 3,830 meters above sea level! The lake connects Peru and Bolivia and the views of the landscape are spectacular. The city of Puno is the gateway to visit the famous Uros Reed Floating Islands. These are incredibly interesting artificial islands in the middle of the lake made entirely of reed from Totora, where the Uros community has managed to forge a subsistent lifestyle for centuries. With a full-day excursion or 2-day excursion, you can sail further to visit the remote islands of Taquile and Amantaní. These islands were until recently closed to visitors. They preserve many of the ancient traditions and cultures and are famous for their exquisite woven fabrics.

What you must see in Puno 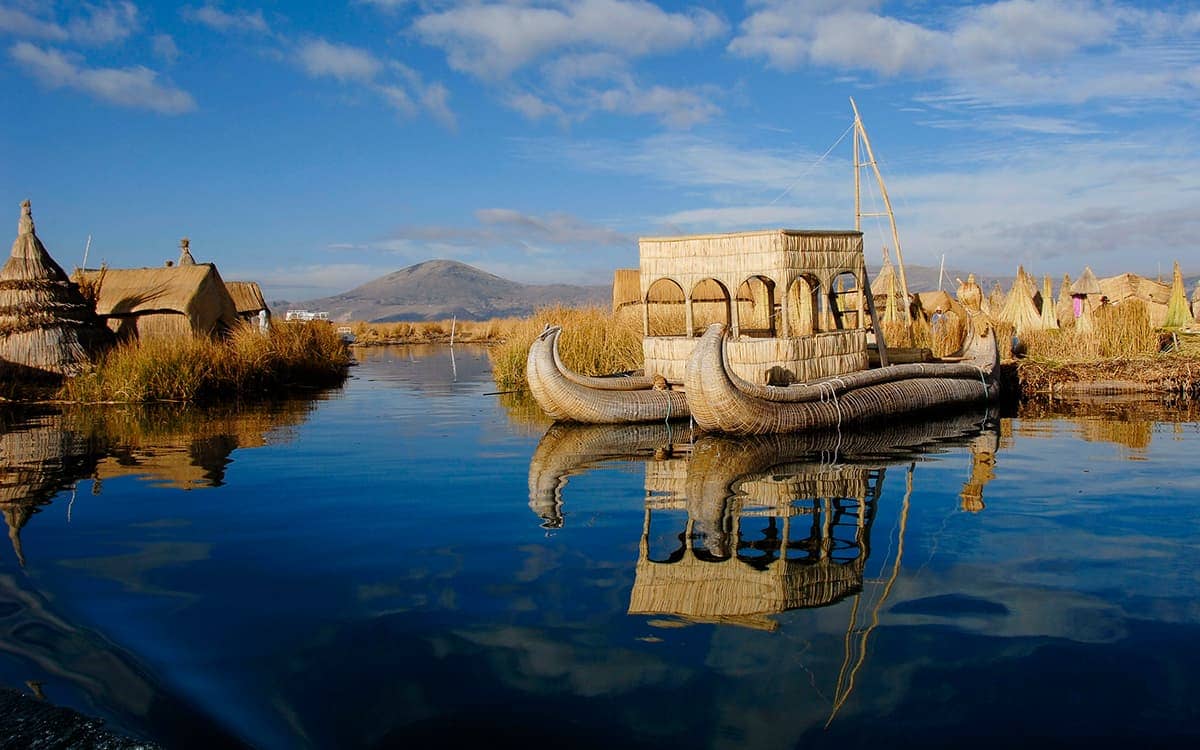 The Lake Titicaca Day Tour begins with the transfer of the Hotel (Central) to the port of Puno to board the boat bound for the Uros Floating Islands, it is located 7 kilometers from the city of Puno, the visit will last from 25 to 30 minutes approximately by boat.