Near the city of Puerto Maldonado, in the southern part of the Peruvian jungle, is the Tambopata National Reserve, one of the most important natural areas in the entire country and with one of the greatest biodiversity on the entire planet.

The Tambopata National Reserve, also known as the Tambopata-Candamo Reserved Zone, is a natural area of ??Peru, located in the department of Madre de Dios. It protects numerous habitats, from the Andean highlands that surround the headwaters of rivers, through some of the last cloud forests, to the rainforests of the lowlands of the Amazon basin.

More than 1,300 species of birds (including 32 species of parrots, 10% of the world total), 200 varieties of mammals, 90 species of frogs, 1,200 types of butterflies, 94 species of fish, 135 types of ants and 10,000 varieties of Ferns are protected within this reserve, and scientists continue to discover new species every moment.

Strolling through Tambopata is, without a doubt, a gift of nature. Are you accompanying us on this tour?

The Tambopata National Reserve is 274,690 hectares (1,061 square miles) of preserved land in southeastern Peru. The reserve has many diverse habitats, including the lowlands of the Amazon rainforest, riparian forests and horseshoe lakes. It is crossed by three rivers: the Malinowski, Tambopata and Madre de Dios rivers.

Due to the protected status of the Reserve and its isolated location, it is incredibly biodiverse. The reserve is home to 1,200 species of butterflies, 169 species of mammals, around 632 species of birds, and hundreds of species of trees and plants. In fact, this reserve and the surrounding region is one of the most biodiverse places on the planet.

The reserve and the surrounding area also have their own cultural background. Originally home to the Ese Eja Native Community, many indigenous families still make their homes in the buffer zone of the reserve itself. Within the limits of the reserve, the only human settlements are some park ranger stations and our Tambopata Research Center shelter, known as the TRC. The TRC is on the reserve because the lodge was established before the area received National Reserve status in 1996. This truly makes the TRC the most remote lodge in South America!

It is located in the province of Tambopata, in the department of Madre de Dios.

Observation of Flora and Fauna

In the Tambopata National Reserve, the presence of more than 632 species of birds, 1,200 of butterflies, 103 of amphibians, 180 of fish, 169 of mammals and 103 of reptiles has been reported. Inside it is healthy habitats for the recovery and refuge of threatened populations of species such as the river wolf (Pteronura brasiliensis), the otter (Lontra longicaudis) and felines such as the yaguarundi (Herpailurus yagouaroundi), the puma (Puma concolor), the jaguar (Panthera onca), the ocelot or tigrillo (Leopardus pardalis) and the margay (Leopardus wiedii).

Regarding birds, the presence of the harpy eagle (Harpia harpyja), the crested eagle (Morphus guianensis), the common paujil (Mitu tuberosa), the unicorn curassow (Pauxi unicornis) and the carunculated curassow (Crax globulosa) stands out. In the Tambopata National Reserve there are almost all the species of macaws that inhabit Peru.

The reptiles are represented mainly by the emerald boa (Corallus caninus), the machaco parrot (Bothrops bilineatus), the boa constrictor (Boa constrictor) and the shushupe (Lachesis muta). It is also common to observe the black caiman (Melanosuchus niger), the white caiman (Caiman crocodylus) and the taricaya (Podocnemis unifilis).

In the Tambopata National Reserve there are different types of vegetation, among the main plant associations are the aguajales in the sedimentation plains, the pacales, the terrace forests and the gallery forests. 17 plant associations have been identified by forest type and a total of 1,255 plant species.

A very important species that is conserved in the Tambopata National Reserve is the chestnut (Bertholletia excelsa), which grows in non-flooded terraces of the low Amazon forest. In Peru, it is located exclusively in the eastern fringe of the department of Madre de Dios and is the most important commercial non-timber species, with great impact on the local economy. It is a valuable part of the habitat of numerous species of mammals as it constitutes a source of food, as well as a shelter for the nesting of birds of prey.

The Tambopata National Reserve has an interpretation center on the way to Lake Sandoval and 8 checkpoints. In Lake Cocococha there is a hideout-viewpoint, camping areas in the Chuncho and Colorado clay licks, a camping area and jetty in Lake Sachavacayoc, an observation tower and jetty in Lake Sandoval, and piers in the Condenado lakes and in the La Torre checkpoint.

There are also private companies that provide accommodation within the protected area, which guarantees that the stay in this imposing corner of the country is pleasant and that it can be used to the maximum.

The source of the Tambopata River has its origin in the Amazonian mountains, to flow into the Madre de Dios River in the Puno region, at an altitude of 180 meters.

On its way from the Peruvian Altiplano, it joins the Beni River, the Madeira River, the Amazon River, to finally empty what remains of its waters into the Atlantic Oceans.

How to get to Tambopata?

Flights from Lima depart from Jorge Chávez Airport. The journey takes approximately 3 hours and most flights stop in Cusco before continuing to Puerto Maldonado.

How to get from Cusco to Tambopata?

Flights from Cusco to Tambopata depart from the national terminal of the Velasco Astete airport, and the trip lasts around forty-five minutes.

The shortest road route from Cusco to Tambopata has a distance of 477 km and the approximate duration of the trip is 7h 40 min. 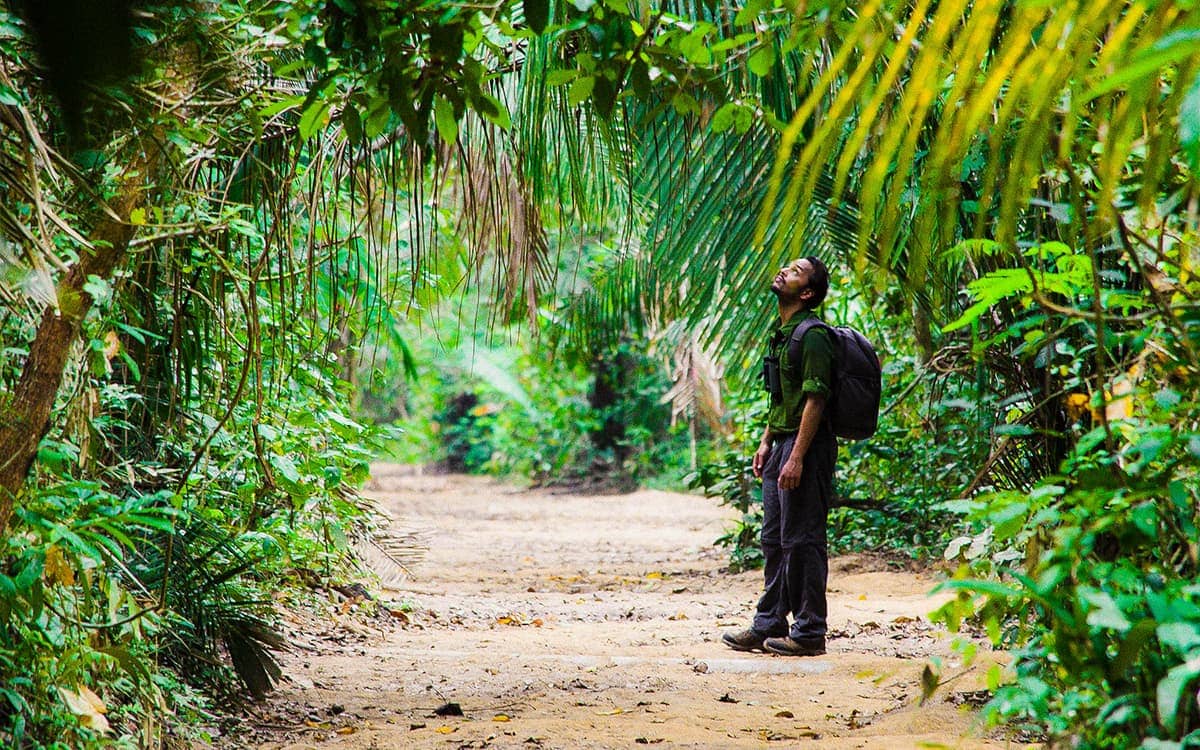 The Tambopata 3 Days Tour includes a visit full of experiences to one of the most important attractions of the Amazon: the impressive Macaw Clay Lick in the Bahuaja-Sonene National Park, as well as possible encounters with wild animals and trips through remote tributaries of the Amazon river.